The Bengal cat or Bengali cat is an amazing furry. Its appearance is very reminiscent of the leopard; however, we must not ...

The Highlander is a beautiful and affectionate ball of fur that is capable of conquering the whole family in ...

If you love cats that have dark fur and you would like to have one that also had fur ...

The Russian blue cat is, along with the Persian, a very noble breed. And I don't mean just his ...

If you are looking for an adorable and affectionate domestic feline that is also larger than a common European and that looks ...

The Neva Masquerade cat is a feline with a look as tender and sweet as that of the Siberian; from…

The cat of the Arabian Mau breed is a beautiful furry native of Arabia that, although it is not yet ...

Although the name sounds strange to you, surely if you are a fan of cats you will have seen or heard about it ...

The cat of the Javanese breed is an incredible animal that adapts without difficulty to living in a flat ... 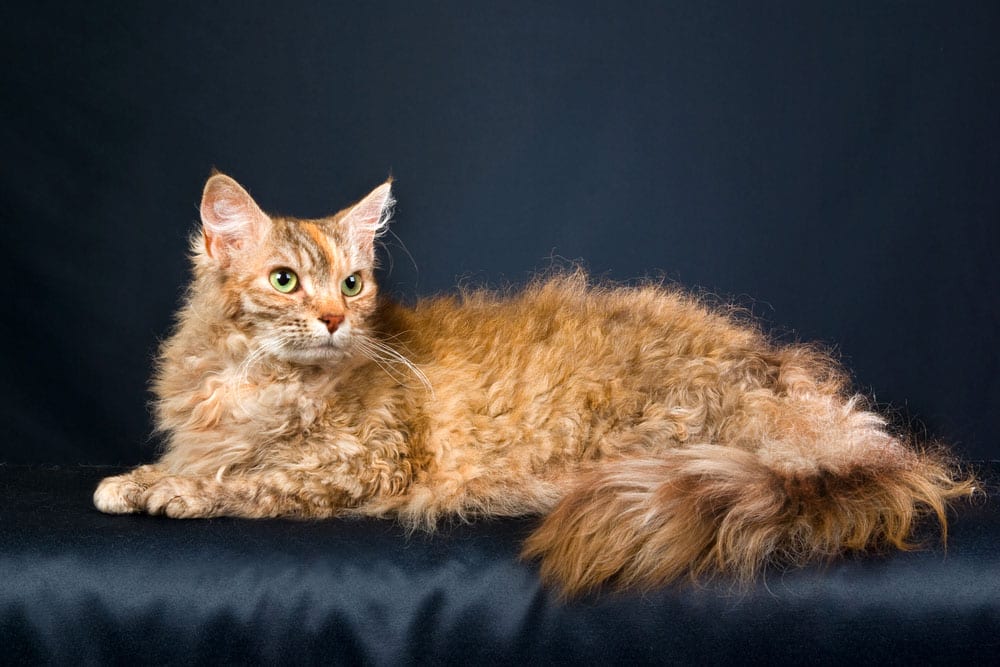 If you are one of those who enjoy stroking a curly-haired cat, with the LaPerm you will not get bored, ...

El Abisinio It is one of the oldest known breeds of cats and there is some uncertainty as to its history.

The Abyssinian resembles cats in the Ancient Egypt as shown in paintings and sculptures. The name "Abyssinia" is not related to its origin, but it is considered that the first Abyssinian was imported from Abyssinia.

The first mention of the Abyssinian cat is found in a British book of Gordon Staples published in 1874 accompanied by a color lithograph of an Abyssinian cat that was put in the UK at the end of the war.

It has large, almond-shaped eyes, but the ears are slightly smaller than normal.