Of all the parasites that can most bother our cats, they are undoubtedly the fleas. These tiny enemies of our furry dogs reproduce very easily and quickly, so if they are not controlled in time, we could have a plague, not only on the animal, but also at home.

For the sake of your cat, and also for yours, one of the things that have to be done, especially in the warmer months, is deworm it applying a pipette or insecticide spray to protect it. And it is that fleas in cats can cause us many problems that we can solve with the tricks that I am going to give you in this guide. What's more, you will learn to make natural insecticides, which will be very useful if your furry is allergic to chemical pipettes and sprays.

What is a flea?

To better combat the plague, it is highly recommended to know it thoroughly. This way it will be easier for us to detect its weak points, and we can proceed to do preventive treatments on our cat at the most appropriate time. Having said that, Do we really know what a flea is?

Fleas are small insects (about 3mm long), without wings, belonging to the order Siphonaptera. They feed on the blood of mammals thanks to an oral mechanism designed to absorb the blood of their hosts, and as if that were not enough, almost 2000 species are known around the world. To add insult to injury, some of them transmit such fearsome diseases as bubonic plague, typhus or tapeworms. They are dark in color, for example those that bother cats are reddish in color.

Its legs are long, ready to make big jumps (up to 34cm in the horizontal direction, and 18cm in the vertical direction). It is then, the animal that can travel the longest in one jump in relation to its size. And since its body is compressed laterally, it can walk unseen through the host's fur.

Fleas are insects whose life cycle is variable, and very productive. From when they are eggs to adulthood, it can take two weeks during the warmer months, up to eight months if the weather is cold. Females lay an incredible 20 eggs each day after feeding; in all his life he will have put about 600, which will hatch around 10 days after laying.

While they are larvae, they do not cause any discomfortas they do not suck blood. They only feed on dead fur and skin, adult flea feces, and other debris. But in a few days they will become pupae, and will be protected in their cocoons while they reach the adult stage in just 14 days if the weather is good; otherwise, that is, if it is winter and temperatures remain below 10ºC, they will spend it as larvae or pupae, and in spring they will finish developing.

Diseases it can cause

Fleas do not usually cause more than -terrible- annoyance to guests, but it must be taken into account that they can transmit diseases, such as bubonic plague or typhus. The cat flea, whose scientific name is Ctenocephalides felisIn addition, it can transmit the tapeworm.

They can also cause more than one displeasure in our friends. The diseases that fleas can transmit to cats are:

How can I tell if my cat has fleas?

A cat that has fleas will turn into an animal that can become nervous, restless, and even aggressive when the infestation has advanced a lot. But the first sign that will tell us that it has is that will spend time scratching. You can do it with great force, which could cause the occasional wound in the affected area.

An effective and very fast way to know if it has is by passing the comb by lifting its hair. If you see shiny black dots on his back, behind his ears, at the base of his tail or on his belly, then there will be no choice but to deworm him.

Since no one wants to have fleas in their house and that their cat does not have to suffer them, the best we can do is prevent them. How? Well, there are two ways: chemically y of course.

In pet stores and veterinary clinics you will find for sale antiparasitic pipettes, collars, pills and sprays. Each one has its own advantages and also its drawbacks, so we are going to see them in detail separately:

They are very easy to apply, as long as the cat is not scared 🙂. The animal is held carefully but firmly, the hairs are separated from the neck (on the back), and the product is applied. They have an effectiveness of one month, and the truth is that they are very useful, especially if you go outside.

However, be very careful not to put it in a place where it can be reached, since otherwise you could be intoxicated.

Collars are somewhat cheaper than pipettes, and highly recommended when we want to make sure that our cat is not going to catch any each time he goes out to the patio. They are also effective for one month, so for at least 4 weeks we can be calm.

The problem will appear if we let it go outside. Often these necklaces do not have a safety lock, and if you do get hooked ... I would have a lot of problems. So if you do let it go, make sure you buy a necklace with this type of clasp.

Pills are widely used as a 'last resort'. When the flea infestation in cats is important, or if you usually have many, pills will help you lead a more peaceful life, without having to worry more about these parasites. Its effects can last from 1 to 3 or 6 months depending on which one you give it.

Yes, never give one to your friend without the consent of your vetas it could cause an allergic reaction and be life-threatening.

Widely used in hatcheries, animal shelters and Protectors for its efficiency and low cost. It is a very good option when we want to save a little money, and keep the cat flea free.

But ... (everything has a but), be very careful with the eyes, nose, mouth and earsOtherwise we would have to take him to the vet to examine him. 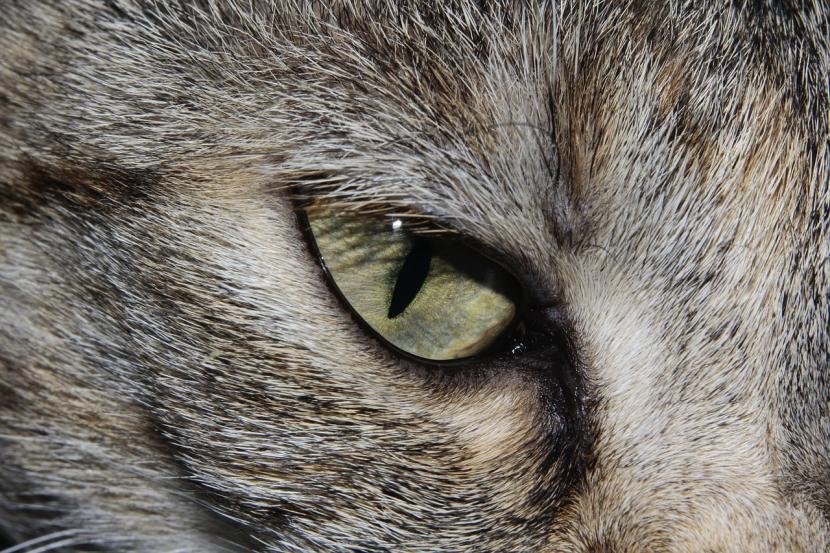 For some time now, it is increasingly common to find natural insecticides that do not cause any problem to the animal. Collars, pipettes, sprays ... that are administered in the same way as chemicals, but differ from them by being natural, that is, even if your cat licks some of the liquid from a natural pipette, nothing would happen to him.

They are the best alternative for cats with allergies, and also for those who stay at home throughout the day. The only drawbacks are that its effectiveness lasts less, so the treatment must be repeated more often (normally, once every 15 days), and that if the furry goes outside they are not usually very useful. But they are very inexpensive, and the truth is that they are worth trying.

Still, if you don't want to spend money and prefer to make your own natural insecticides at home, here you have different flea remedies.

Home remedies for fleas in cats

These parasites do not like the smell of lemon at all. Cut a lemon into slices and bring them to a boil in a pot. Let them sit overnight and, the next day, with a cloth or sponge, bathe your cat.

Rich in vitamin B1, will keep fleas away from your cat. Add a small spoonful and mix it with your usual food daily, and you can say goodbye to these pesky parasites forever.

It is one of the most effective natural remedies against fleas in cats, and easier to apply. Get a tea tree oil spray, and you will only have to spray your cat avoiding contact with eyes, nose, mouth and ears.

Did you know that chamomile tea repels fleas? Not? Make an infusion and, as soon as the water is warm, moisten a sponge or cloth in it and wipe it over the animal's body.

Fleas are parasites that I have to deal with year after year. I not only have to protect my cats, but also my dogs. I remember one year, in 2010 or so, we had a plague at home. It was one of the worst experiences of my life. We had to wash all the sheets, tablecloths, clothes…, scrub the floor with insecticide every day. Anyway, fortunately there was no need to call the pest control service, but the pipettes that I put on the cats were not very effective that time.

In this video you will know how to eliminate fleas that may be in the home using home remedies:

I can't say whether natural or chemical insecticides are better for fighting fleas on cats. It depends a lot on where the animal lives and whether or not it is allowed to go outside. In my case, I have had no choice but to put chemical pipettes on them, since when they go outside, the natural ones do not help them much when they are in the field. But if your furry is going to always be at home, my advice is that make it naturalIn this way, you will avoid taking unnecessary risks.

Regardless of the product you choose, it is important that ask your vet for advice Since he knows your cat's medical history and will be able to tell you which one will be the most suitable for him.

Nobody wants to see fleas on cats, but we have no choice but bear them the best we can, either with chemical insecticides, or preparing our own remedies at home.