Do you want to know the story of the cat from Alice in Wonderland? I assure you that it will surprise you. Surely you have seen the movie (and if you haven't, I recommend it 😉), but Cheshire, as the feline is called, has a very curious origin.

If you want to know what its origin is, then I'm going to tell you everything 🙂.

What is the cat from Alice in Wonderland like? 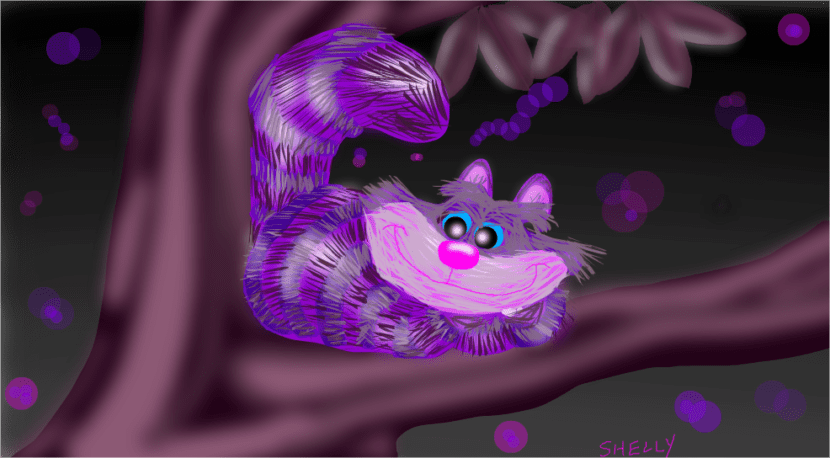 Cheshire is a fictional cat that appears in this movie, but also in "Through the Looking Glass and What Alice Found There" which It is characterized above all because it is always smiling. For this reason, it receives the names of Laughing Cat or Smiling Cat in Latin America, although what has ended up being an animated character, began as an English expression dating from the XNUMXth century. These expressions are 'Cheshire cat' or 'laugh like a Cheshire cat'.

In the Alice story and that we have seen so many children and adults, Cheshire is a cat that has the ability to appear and disappear whenever you want. Thanks to this, he entertains Alicia by chatting about topics with philosophical overtones. But things get complicated when the girl appears on the Queen of Hearts croquet field and is sentenced to death. It is then that the cat materializes and then disappears leaving only its head visible, causing an argument between the King, the Queen and the executioner, since they cannot decapitate a creature that does not have a body.

What is the origin of the expression?

The expression is known to have been in use since the XNUMXth century in England. In fact, appears in the book »A classical dictionary of the vulgar tongue», published in 1788 and that it was written by Francis Grose. In it is the entry: »Cheshire Cat. Smile like a Cheshire cat; It is said of anyone who shows his teeth and gums when he laughs.

Although, really, its origin is not clear, but there are several hypotheses:

Where was Lewis Carroll inspired for his character?

The truth is that it is not known. It may have been inspired by a sculpture in St. Peter's Church in Croft-on-Tees, which is a town in northeast England where his father was rector from 1843 to 1868.

Another theory, proposed in 1992 by members of the Lewis Carroll Society, said she could have created it based on a gargoyle perched on a pillar at St Nicolas Church in Cranleigh, a site where she used to go.

In any case, the Cheshire cat is a character that we even have soft toys today, which will delight fans of the film.

Full path to article: Noti cats » Cats » Famous Cats » Learn the story of Cheshire, the cat from Alice in Wonderland